Here’s a small back story “snippit” for all you folks that aren’t so familiar with the gun you just purchased. The FN-FAL AKA “Fusil Automatique Léger” was introduced by Fabrique Nationale de Herstal in 1947. The weapon has had a few redesigns by other countries, but all in all has maintained the initial build components. The FAL has been used by armed forces on every continent except for Antarctica, and even then, who knows. The Belgians at FN have produced some mighty fine firearms for over 50 years. Critics from countries A-Z I’m sure would happily agree. A lot of them might even be unsure as to the outcome of their counties had they not been equipped with an FAL or L1A1. The FAL fires the heavy hitting 7.62x51mm NATO cartridge. Now for the kick ass modifications and accessories…

A great addition to the FAL is a replacement for the dustcover to allow for an optics mounting platform. Since the weapon has the ability to be extremely accurate (Sub M.O.A.) don’t take quality mounts for granted. There are several companies who offer mounting solutions for the FAL, but one of my favorites is the A.R.M.S. #3 FN FAL Standard Mount. This mount is made to the absolute highest standards of Mil-Spec quality. Atlantic Research Marketing Systems, INC is what the Acronym is short for. Sounds pretty unassuming to me. These guys have hundreds of thousands of products being used currently by our military. They are good, believe me = ). Check it out here A.R.M.S. #3 FN FAL Mount – Standard 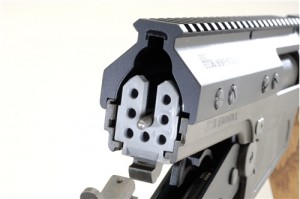 Another cheap, but highly effective modification to the FN FAL or L1A1 is the addition of a recoil buffer. Many of my reader will know I am a huge fan of these for the 10/22, Glock, and AK-47. According to physics the mechanics in the gun should be moving backwards at the same speed the bullet is going down the barrel. Of course you have to calculate for levers, springs, and other resistances… you get my point. When the bolt of your rifle is slamming backward at excessive speeds is creates a lot of friction on guide rods, recoil rods, springs, the back of the receiver, etc. A sure fix to add longevity to any weapon is being able to cushion these effects. Not only will adding a recoil buffer add service length, but is also calms recoil which adds to better scores down range. Buffer Technologies makes great Recoil Buffers for many weapons. It’s a 15 dollar part that can save you upwards of 1500 depending on your gun. Make sure to pick up a few of them for your range bag. You can see more about them here Buffer Technologies Fn/fal Recoil Buffer 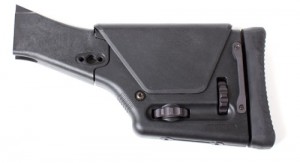 Last, but not least is the addition of a high quality stock. Adding the top two accessories with a finely tuned and comfortable stock will have you breaching dead bolts at 300 meters, well as long as you and your ammo are up to the task. One of my favorite inexpensive accessory manufacturers is MAGPUL Industries. Will the quality and attention to detail they put into their products versus what they sell for, I don’t know how they make any money. The MAGPUL PRS-2 Precision Adjustable Sniper Stock is the bees knees of FAL and L1A1 Stocks. This thing has Comb Height/Cheek Rest and Length of Pull Adjustments. They stock is made of highly reinforced polymer and comes in at only 3 pounds. This is basically a drop in installation and features a very high strength sling attachment point. Get one for you FAL or L1A1 and you can leave your feed back on the page. Magpul Industries Precesion Rifle/Sniper Stock Stock Black Fully Adjustable FAL MAG341-BLK

Remington 700 SPS Tactical is the Best “bang for the buck” out of the Box Sniper Rifle! Here is why…

What is the best Pistol for Concealed Carry?﻿